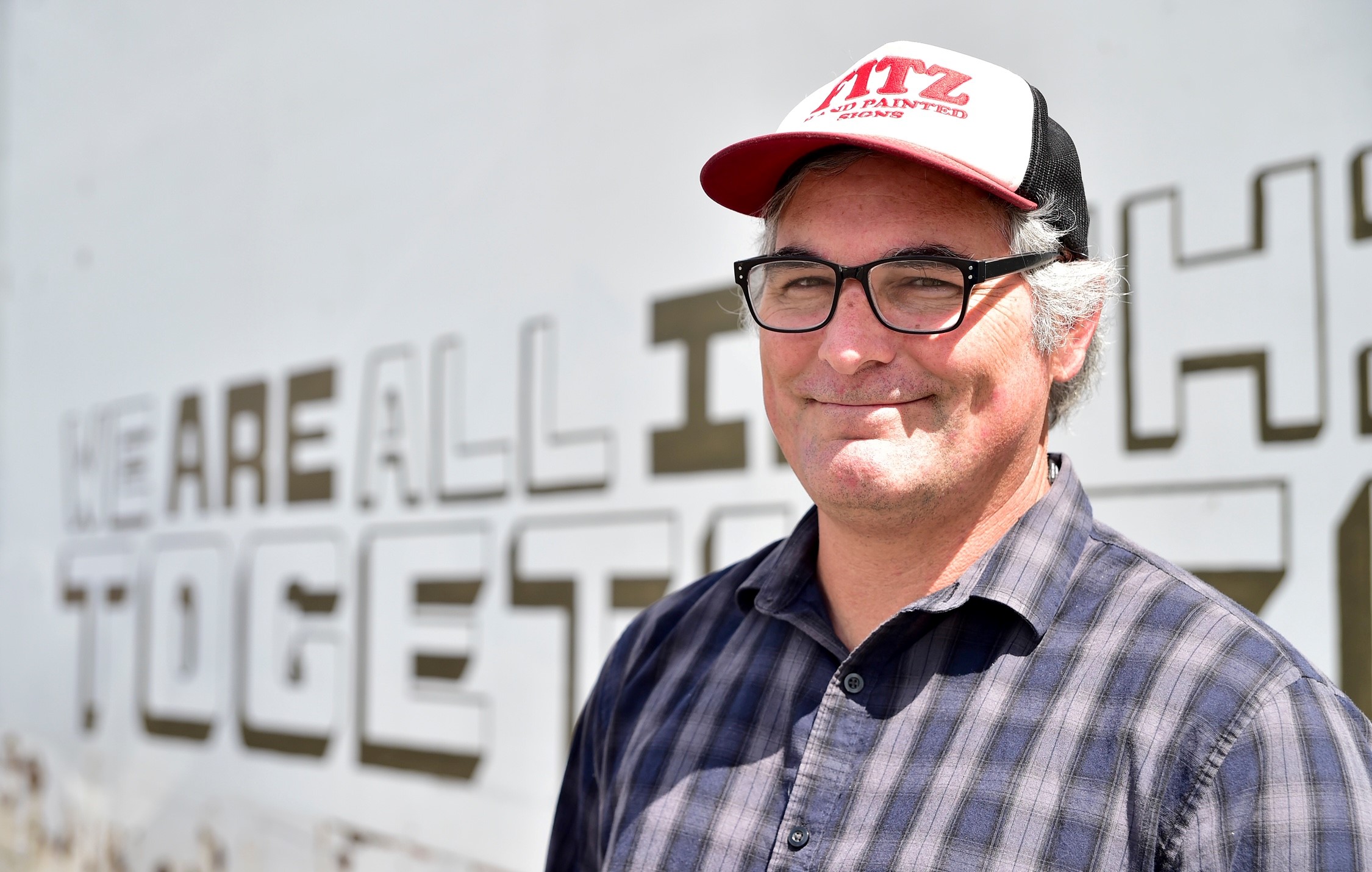 Shawn Fitzwater is the owner of Fitz Hand Painted Signs. He started painting mid-2018. He has always enjoyed drawing and sketching from an early age but hadn’t experimented much with paint. He decided to dive in on a large mural for his children’s bedroom wall. While painting that mural, Shawn began thinking this may be something he’d like to do more often. After posting a video of a project on social media, it caught the attention of a local business and the rest is history. After painting that project, he began getting requests for other sign work and found a need in the community, and a new business was born, hand-painted signs and murals.

Shawn sensed how tough things were getting as the pandemic spread and how more and more people were being affected. He wanted to find a way to give back to people in need of, if anything, a smile. An inspirational message of hope that he created in the form of a mural. The mural is located on the wall of Homewood’s Battle Republic.

The inspiration from the “We Are All In This Together” message didn’t stop at the mural, it evolved into a fundraising effort for area healthcare workers.

With the help and suggestion of a couple of friends (Michael Whitten and Drew Binkley) owners of a local apparel company (Vulcan Apparel in Homewood), they decided to team up and take the “Together” mural and transfer the image to a t-shirt, kicking off a seven-day campaign. 100% of the proceeds from the t-shirt sales went to a local charity, BHMCares, to feed frontline healthcare workers in the Birmingham area fighting COVID-19.

Showing attributes of a Game Changer, Shawn made a positive impact through his creative art project and generosity by bringing a sense of solidarity and inspiration during a dark time for many in our community.

To learn more about Shawn and his contributions, check out the story from Alabama News Center.

Know of others who are living in the Birmingham region doing exceptional things, Click here to nominate them! 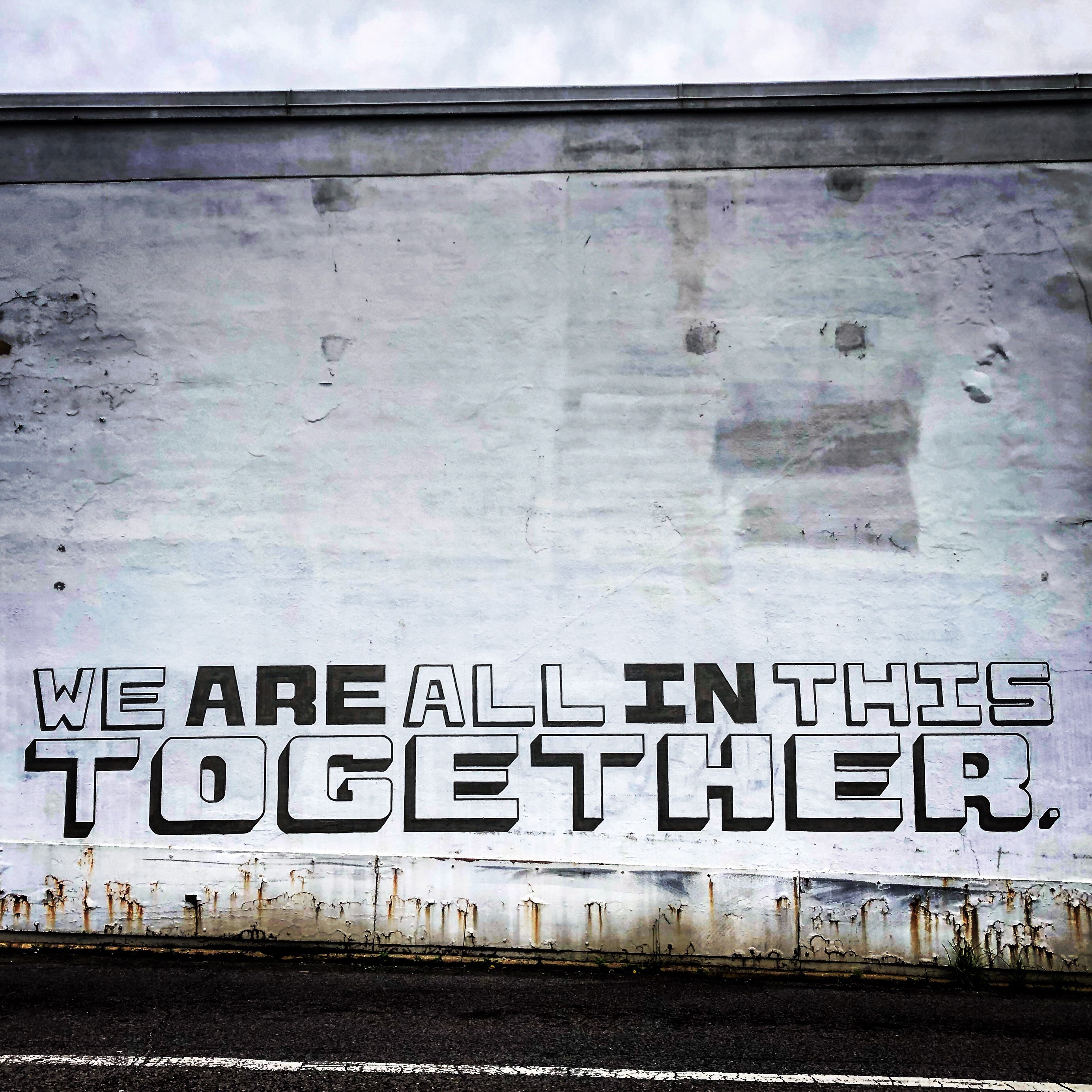 Photo of Fitzwater was taken by Erin Nelson (Homewood Star, Starnes Media). Photo was above taken by Fitzwater.