Y’all, we just got a lot of stuff a couple of years ago.

When I say “stuff,” I mean some remarkable historical artifacts that tell of so many amazing stories from Birmingham’s history.

And by “a lot,” I mean at least 14,000 objects. There are boxes of materials that are still unprocessed, so we don’t know for sure exactly how many objects.

The incredible thing is that this collection of objects came to us not from a hoarder’s basement, but from Birmingham’s first city museum, which means it’s been carefully curated to focus on the history of the city.

The Birmingham History Center was created in 2005 by the Jefferson County Historical Association (formerly the Birmingham-Jefferson County Historical Society.) In April 2010, they opened their doors as Birmingham’s first city history museum. Located in the Young & Vann Building downtown, the museum’s exhibits displayed everything from a collection of bottles from local bottling companies to a large unfinished cyclorama of Birmingham’s history by Eleanor Bridges. 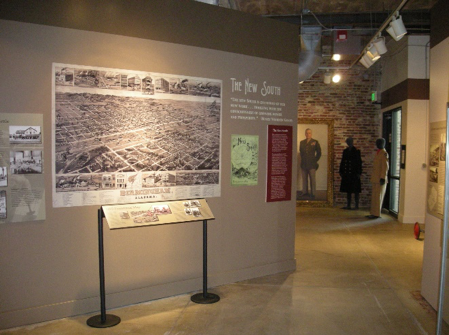 Then, in October 2013, the museum was forced to move when they were unable to renew their lease. With no place to go and a short deadline to move out of their space, the objects went into a climate-controlled storage facility and staff and board members set out to find a new location. In the meantime, display cases were set around the city to display artifacts from the collection – one in Mountain Brook City Hall, another in the Alabama Theater lobby, and another in the Tutwiler Hotel. 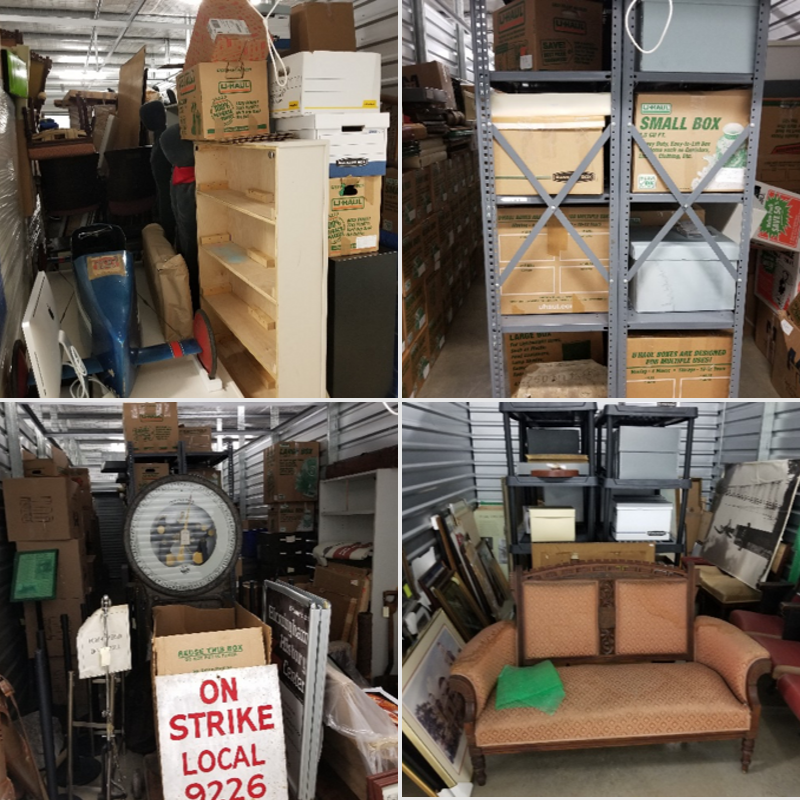 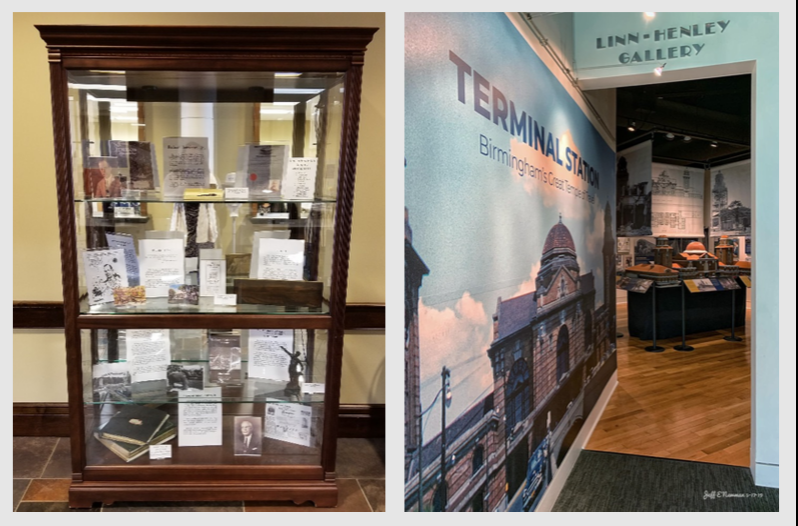 This display case is located at Mountain Brook City Hall. You can find other cases at the Alabama Theater and the Tutwiler Hotel. Also, this is the entrance to our current exhibit Terminal Station: Birmingham’s Great Temple of Travel which also features objects from the Birmingham History Center Collection at Vulcan Park and Museum.

So what does this mean for Birmingham? The Jefferson County Historical Association’s forward-thinking dream of a comprehensive history museum for the city of Birmingham is still alive! Birmingham has many museums in the city, but Vulcan plans to tie all these stories together into one. Part of our mission is to “encourage exploration of the region,” and that’s what we do with our exhibits and will continue to do with the new collection. We want to engage visitors with the city’s overall history and then send them to other institutions and landmarks in the city to learn even more!

You can still find our displays in the lobbies of Mountain Brook City Hall, the Alabama Theater, and the Tutwiler Hotel. There is so much in the collection we want to tell you about but cannot display until we expand our exhibits. So while we figure out how to create more space and get these objects where the community can see them, we will be featuring objects from this amazing collection in future blogs.

Stay tuned to learn more about Birmingham’s history and see images of some fascinating artifacts!