Birmingham, Alabama – Remember the elementary school science experiment where you put a raw egg in a contraption and dropped it from high up to see if you could keep your egg from breaking? We do too! Vulcan Park and Museum’s Junior Leadership Board is hosting its Second Annual Drink and Drop Egg Drop, an adult egg drop competition, on April 5 from 5:30-8:30 p.m. Science-minded teams from all over Birmingham will compete to see who can keep their egg intact while dropping their contraptions off of Vulcan’s 124-foot pedestal!

Drink & Drop, the brainchild of Brian Giatinna of Giattina Aycock Architecture Studio, Inc., and Vulcan Park and Museum Board member, was created as a way to fund UAB School of Engineering’s Annual Brent Newman Memorial Egg Drop. The Brent Newman Egg Drop was begun in 1989 to promote engineering education and to inspire the next generation of Alabama engineers. Vulcan Park and Museum’s Junior Leadership Board embraced Giatinna’s idea, and have been instrumental in the implementation of the event.

“We are so excited to host this event again, as it enters its second year,” said Russell Hooks, Junior Leadership Board Member and Drink & Drop event chair. “We look forward to seeing all the teams come up with funky devices to protect their egg as they drop it off of Vulcan!”

Let us lay out the ground rules!

The teams competing will be judged on how well they keep their egg protected, using an apparatus they have built, while dropping off of Vulcan’s pedestal. The only criteria for the apparatus is that it cannot be made of metal, glass or other materials that will shatter.

Judges will evaluate the devices and award “Vulcan bobble-buns” trophies based on the following categories:

The Biggest Splat, The Greenest Egg in the Ham, Most Egg-cellent Design, & The Best Laid Egg

There is still time to register your team. The cost is $100 per team and proceeds support the 29th

We encourage everyone to come out April 5 to watch the fun! Tickets for spectators are $10 and include one drink ticket. Saw’s Street Kitchen Food Truck will be onsite for participants to purchase food. 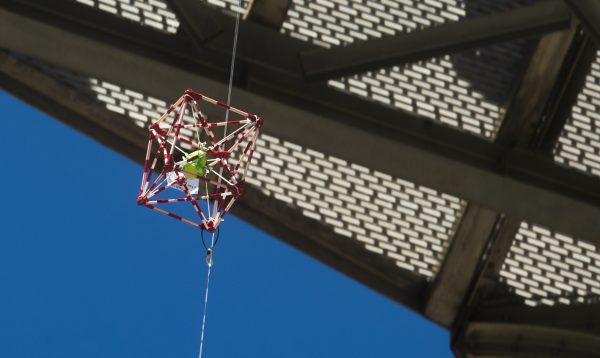