This year’s show will celebrate the city’s 150th anniversary

BIRMINGHAM, Ala. – The state’s largest 4th of July celebration will again ignite the sky atop red mountain with an array of fireworks in honor of both the cities’ sesquicentennial and our nation’s birthday. 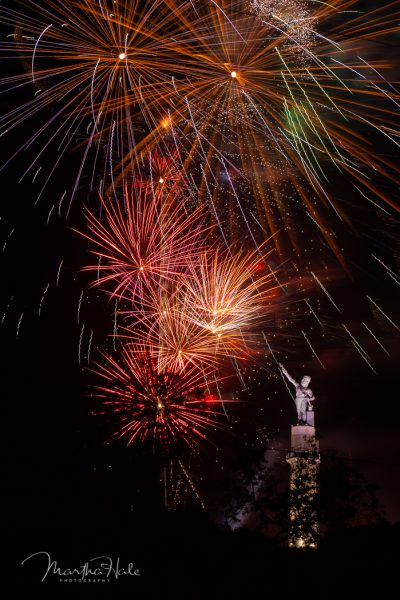 On July 4, the City of Birmingham welcomes all to visit and watch live a breathtaking show in honor of those who have fought for our country’s independence. Those in the Birmingham viewing area can also tune into WBRC Fox 6 for live stream.

At approximately 9 p.m., the first of more than 2,500 shells and effects will brighten Vulcan and the sky above him. A unique score featuring artists such as James Brown, Imagine Dragons and Neil Diamond will be expertly timed and choreographed to the colorful firework display, making it the biggest show Vulcan has put on to date.  There will also be a selection of songs as a tribute to the city.

Vulcan Park and Museum will close at 6 p.m. on July 4 to prepare for the show.  For more information and tips on viewing, log onto www.visitvulcan.com.