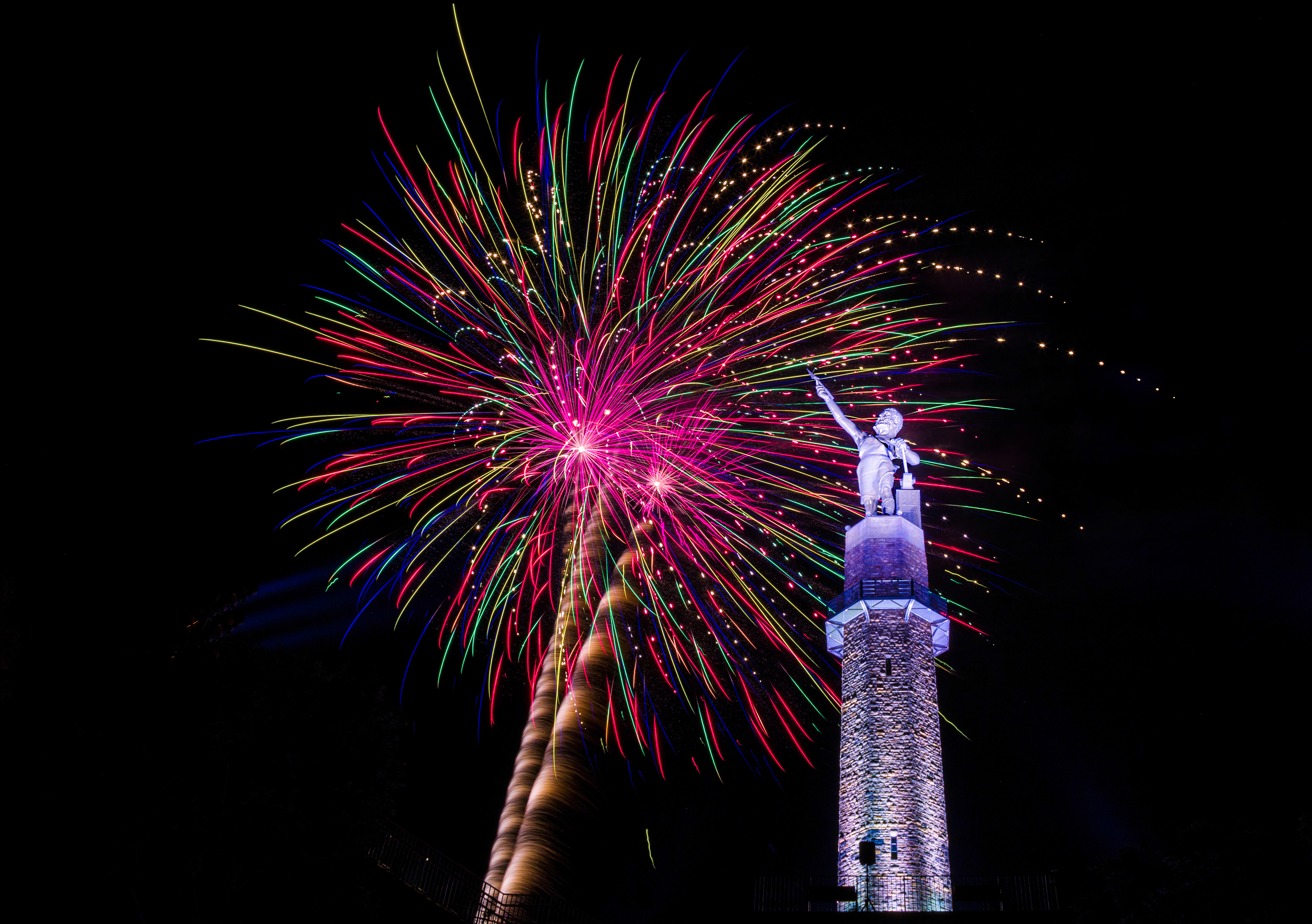 BIRMINGHAM, Ala. – The state’s largest 4th of July celebrations will again ignite the sky atop red mountain with an array of fireworks and new lighting effects.

On Wednesday, July 4, the Magic City and surrounding areas are invited to watch live in the city or tune into WBRC Fox 6 for a breathtaking show in honor of those who have fought for our country’s independence.

At approximately 9p.m., the first of more than 2,500 shells and effects will brighten the night sky and Vulcan.

In the weeks leading up to the show, Vulcan Park and Museum has worked with a committee to create a unique score featuring artists such as Ray Charles, Flo Rida and Lee Greenwood; then teamed up with Pyro Shows of Alabama who has expertly timed and choreographed the 20 minute, colorful firework display.

Thanks to the generous support from Kiwanis of Birmingham, Thunder on the Mountain 2018 will be more powerful than last year’s show, featuring new lighting enhancements. This third installment of the $5.8M gift for enhancements to Vulcan Park and Museum includes a dynamic lighting package and will debut on the 4th with a multi-colored light show.

“This year’s showcase will be one for the record books,” Darlene Negrotto, Vulcan Park & Museum CEO & President said. “We have the dynamic duo – Pyro Shows of Alabama for our firework display and Marc Brickman for our dynamic lighting effect who have helped create the magic for the ‘Magic City’.”

Thunder on the Mountain 2018 is organized by Vulcan Park and Museum and presented by the Greater Birmingham Convention & Visitors Bureau, with additional support from the City of Birmingham, UAB Callahan Eye Foundation Hospital, Pyro Shows of Alabama, iHeart Media, WBRC Fox 6 News and other corporate sponsors.

“We take pride in organizing and hosting this grand event each year but without our generous partners, it would not be possible,” LaShana Sorrell, Vulcan Park & Museum Director of PR & Marketing.