Birmingham, Ala. – This fall, Vulcan Park and Museum will hold its 12th season of the popular Vulcan AfterTunes concert series. The 2016 event will feature Dylan LeBlanc with Duquette Johnston on September 25, Big Sam’s Funky Nation with Tragic City on October 9, and Amanda Shires with Jesse Payne on October 23. Tickets go on sale this Friday, July 15 at visitvulcan.com.

Complete entertainer bios can be found at visitvulcan.com. For social media, use #VulcanAfterTunes

About Vulcan Park and Museum

Vulcan Park and Museum is a 501(c)3 organization. All proceeds from ticket purchases will be used to support Vulcan Park and Museum’s mission to preserve and promote Vulcan as the symbol for the Birmingham region, advance knowledge and understanding of Birmingham’s history and culture, and to encourage exploration of the region. 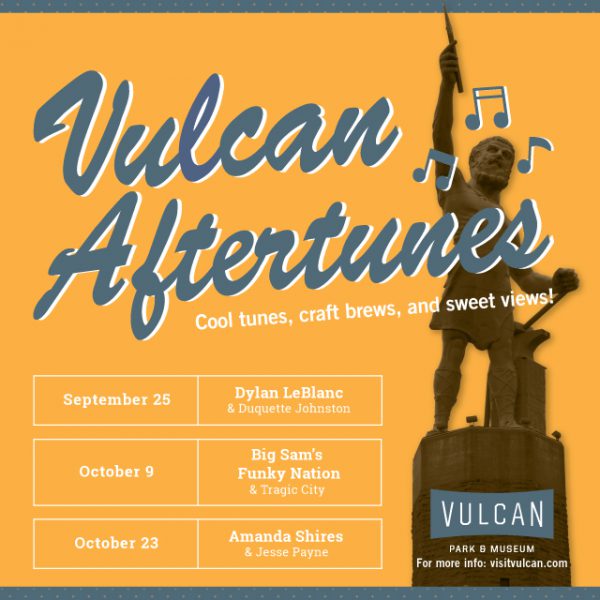