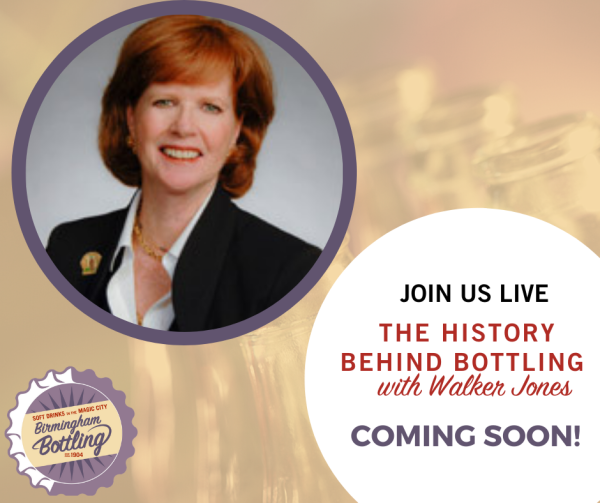 The History Behind Bottling with Walker Jones, originally slated for March 22, will be rescheduled for a date this fall. This live chat is part of a series of programs surrounding our latest museum exhibit, Birmingham Bottling, Soft Drinks in the Magic City presented by Birmingham Coca-Cola Bottling Co.

Entrance to the exhibition is included with general admission to VPM. Admission to the exhibit is $6 for 13 and up, $4 for kids ages 5-12 and children under 4 are free. Vulcan Center Museum is open seven days a week from 10 a.m. – 6.pm. Tickets can be purchased on-site at Vulcan Park & Museum, at the ticket booth.

Previous live chats with Dennis Smith and Larry Thornton in the History Behind Bottling series can be found here.