Have you ever found an unexpected package on your doorstep?  Or perhaps it was a large envelope with no return address in the mailbox.  Your anticipation grows.  What could it be?  Where did it come from?  This is what it is like inventorying the collections of the (now closed) Birmingham History Center Museum, which are now held by Vulcan Park & Museum.  From pristine white file boxes come folders holding pieces of our city’s past.  There are photographs, letters, membership books, invoices, all historic records to be catalogued and made digitally searchable for future generations.  Following a two-day training program, Vulcan Park volunteers are assisting staff in recording these snippets of our past.

In one file there are letters—more than twenty of them—from an up and coming businessman to his fiancée, who lives in Athens, Alabama.  In one, he dashes off a quick note so it can catch the overnight train to her home.  Today has been a good day. He’s sold three lots in a new development known as Lakeview Estates, located in a fashionable area of the city. 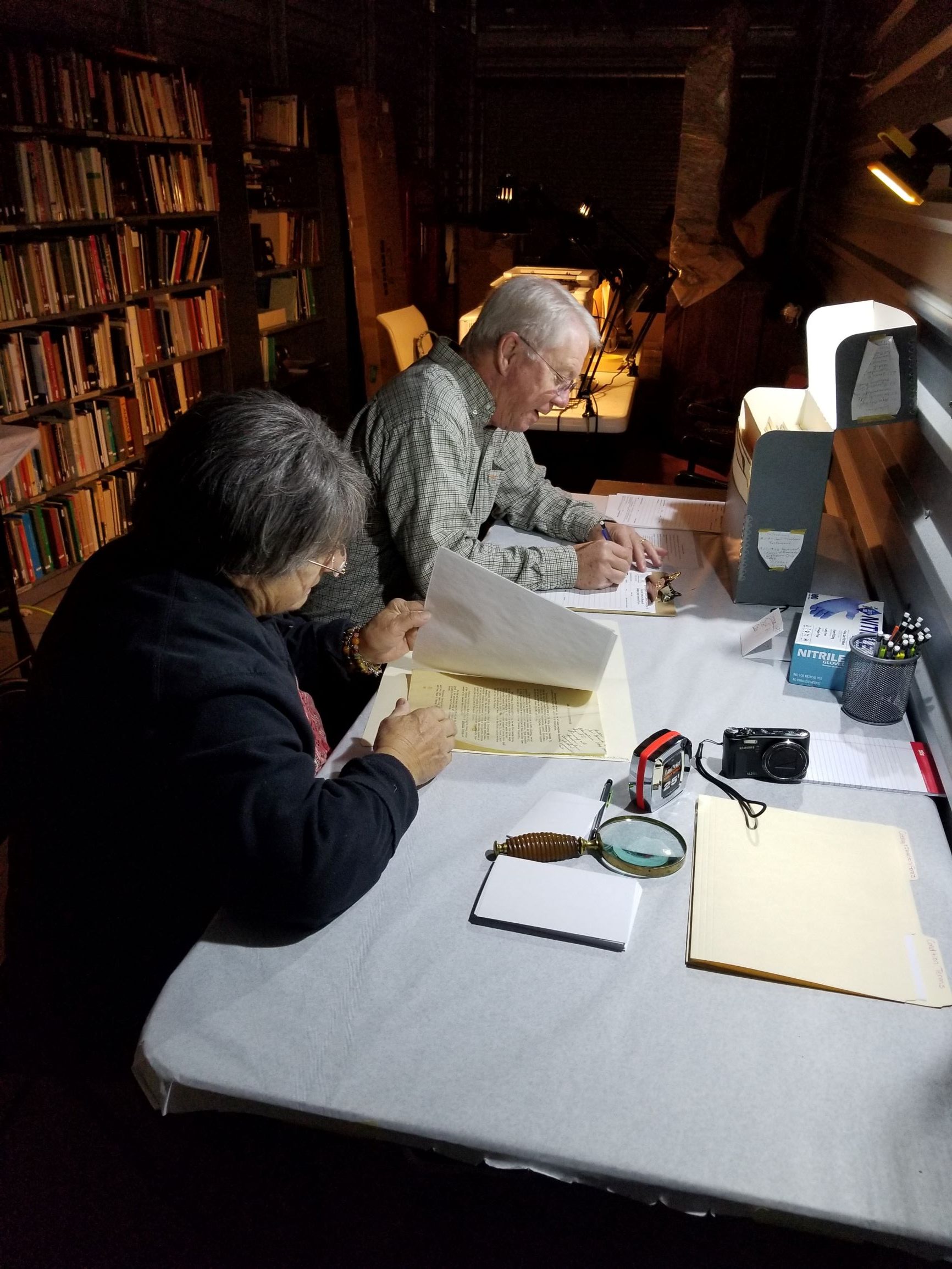 In another folder is a tie with five ace of spades symbols on it.  The supporting documents tell of a young man from Birmingham who became a renown World War II fighter ace.  He later is missing in action clippings in the folder say, but, wait, here’s a telegram that tells his family he has been found and is safe.

Not every folder is as spectacular, but each is interesting in its very own way.  The collections are eclectic in nature, each telling part of the story of Birmingham and the people who molded it.  Volunteering to help inventory these bits of Birmingham’s history has brought to me a better sense of our area’s rich history and the interesting people who made it.

Another volunteer opportunity with Vulcan Park is acting as a docent for school field trips and other groups touring Vulcan Park and Museum.  I particularly enjoy groups from outside our immediate area.  I like pointing out, as they look out over the city,  that Birmingham is one of the few major cities in the Eastern U.S. that is not on a river or on the coast.  That’s because Birmingham was a railroad town, where two major rail lines crossed.  Instead of plantation houses and oak trees spangled with moss, Birmingham’s history is one of immigrant strivers building a new life in a new town, gritty, brash and “magical.”

Inside the museum, after groups marvel at all the items made of cast iron which have been produced in our city, we visit the first gallery.  Here are found the ingredients for a city:  iron ore, coal and coke, and limestone.  While the video loop of molten iron shows on the overhead screen, I usually ask the group if they can guess the heaviest ingredient by weight in making iron, one that we are unfortunately unable to show.  That secret ingredient is air—it takes two tons of air to melt one ton of iron. Air weighs about 0.08 pounds per cubic foot, so a ton of molten iron requires about 24,000 cubic feet of air, or about the area contained in two basketball courts, 24-feet tall. 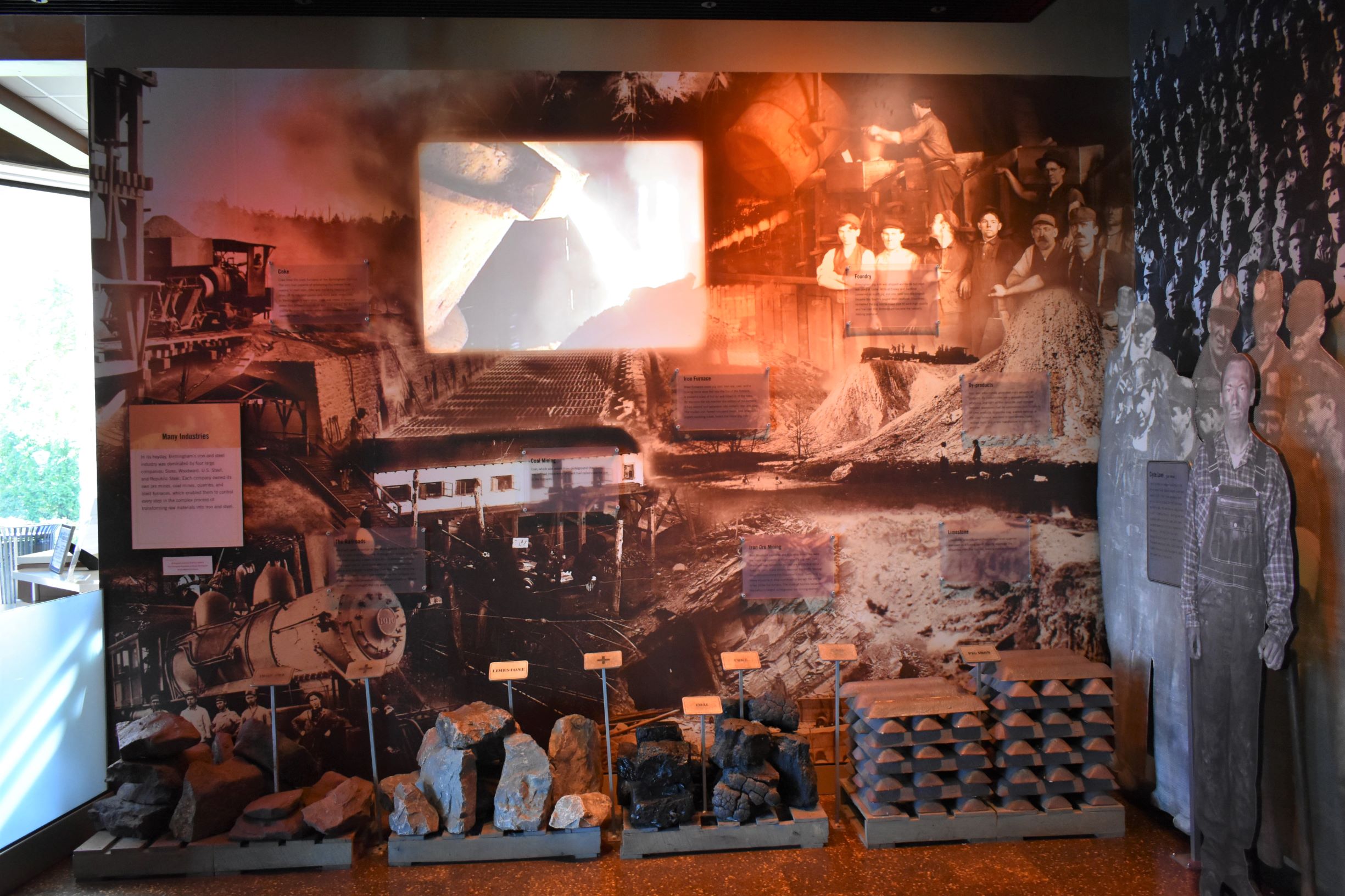 “Recipe for a City” gallery inside Vulcan Center Museum

But Vulcan Park and Museum is more than just funny facts and home to the world’s largest cast iron statue. It is a place of beauty, a place to be educated and a place to understand more about Alabama’s largest city. Volunteering at Vulcan Park gives me an opportunity to pay my civic rent to a place that has been my home for more than forty years. 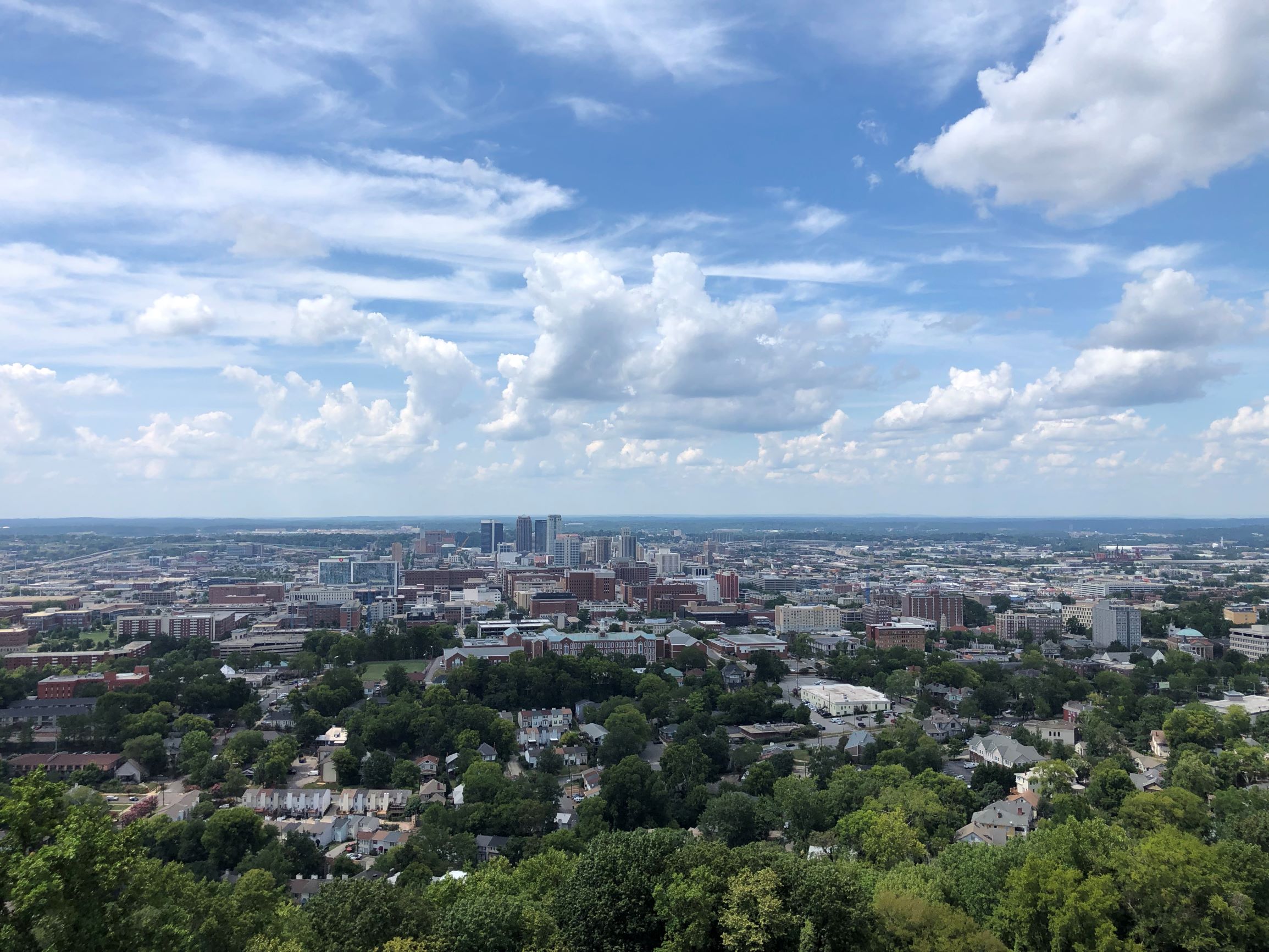 View of Birmingham from Vulcan Tower

Hugh Rushing is retired from a career of broadcasting, manufacturing and trade association management. He fell in love with Vulcan as a child when he visited the park from his childhood home of Mobile. He is proud that one of his coworkers invented the cornbread pan mounted at the entrance to Vulcan Museum.