Prior to the Birmingham Terminal Station, Marye designed the Atlanta Terminal Station and the Gulf, Mobile & Ohio Railroad Passenger Terminal in Mobile. However, Birmingham’s Terminal Station is said to be his largest and grandest design. As it was many travelers’ first impression of the city, it was meant to astonish and amaze….and it did!

Other notable structures credited to Marye include Highlands United Methodist Church in Birmingham’s Five Points neighborhood and the Fox Theatre in Atlanta.

2. It was the original location of the “Birmingham the Magic City” sign.

Ever notice that cool sign over the Rotary Trail downtown? It’s actually a beautiful copy of a cast-iron sign constructed in 1926 as a gift of E.M. Elliott. It was placed facing Terminal Station so that visitors coming from the tunnel towards the city would see it.

Originally, the sign stated, “Welcome to Birmingham the Magic City,” but was changed in the 1930s to “Birmingham the Magic City” in order to be more “cosmopolitan.” By 1952 the sign had deteriorated to the point that the city was forced to decide whether to pay to fix it or scrap it. As rail travel was declining at the time, the suggestion was made to scrap it and invest money in welcome signs at the airport and along highways instead. Ultimately, the community was unable to raise the needed funds to save the sign and it was removed and scrapped in June 1952. 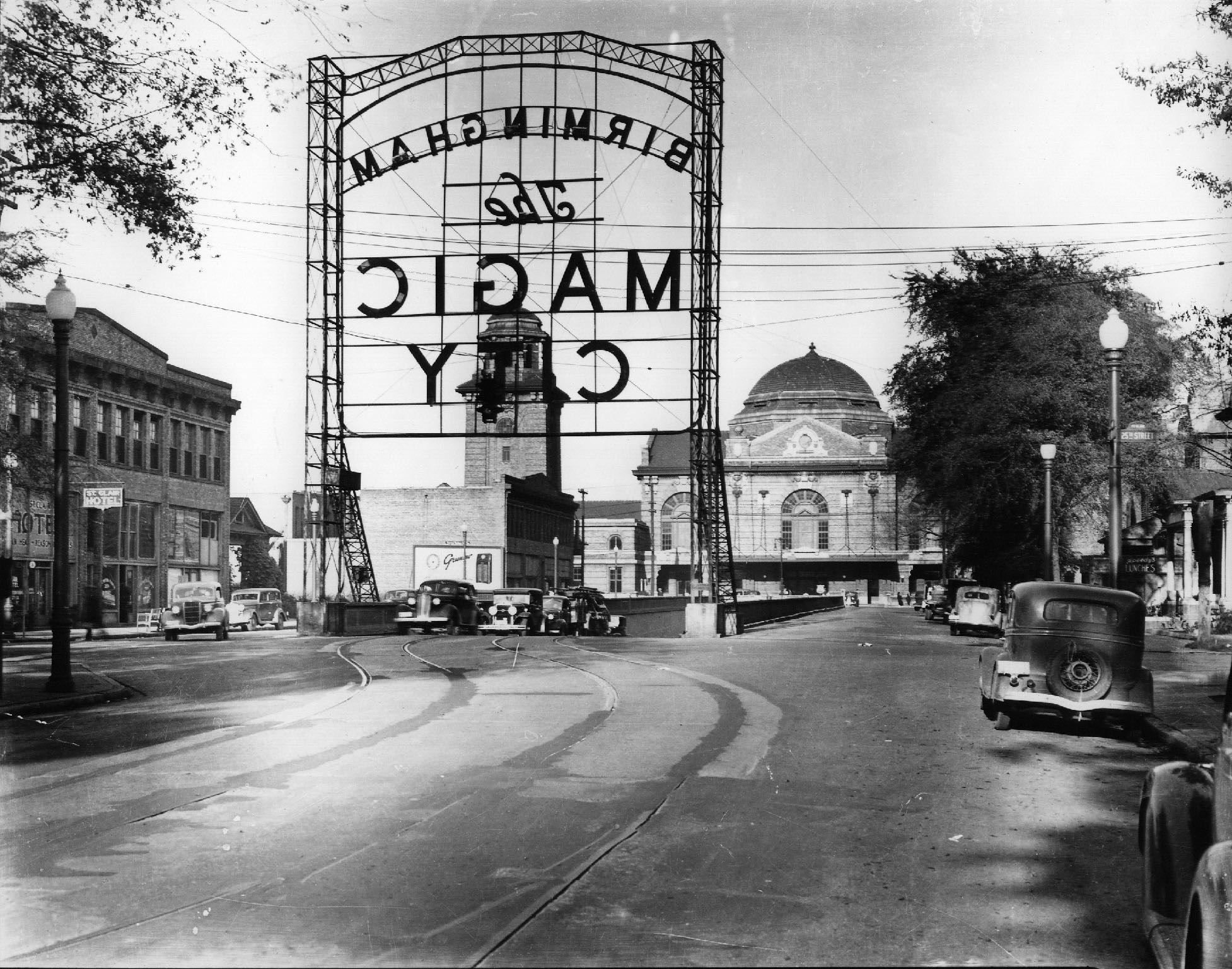 The station was designed to house segregated waiting areas in order to legally adhere to the Jim Crow laws of the 1901 state constitution. Challenges to the station’s segregation began in the 1950s with the Interstate Commerce Commissions ruling to prohibit the segregation of trains, buses, or waiting rooms in stations. This required different treatment of interstate travelers and intrastate travelers in the station. This resulted in a lawsuit filed to desegregate the waiting rooms in 1957 and ultimately resolved in a court order to desegregate the station in 1961.

Fred Shuttlesworth orchestrated his own protest by sitting in the white waiting room at Terminal Station with his wife, Ruby, before boarding a train in 1957. Initially stopped at the doors by protesters, Birmingham police safely escorted the Shuttlesworths into the station and later boarded their train to Atlanta. White integrationist, Lamar Weaver, who came to congratulate and talk to Shuttlesworth in the waiting room was assaulted by the crowd of protesters as he attempted to return to his car. 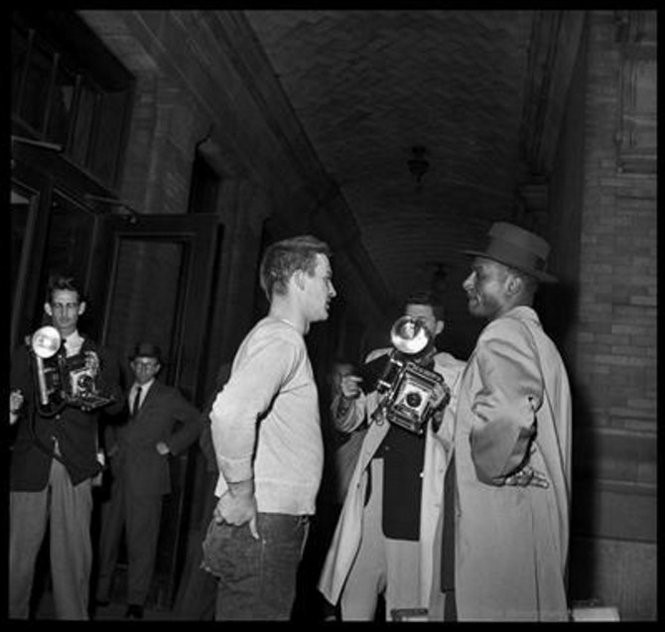 4. The Station was demolished in 1969 by the Birmingham Terminal Company, not the city.

From its opening in 1909 through World War II, Terminal Station was busy moving passengers and trains in and out of Birmingham. In fact, at its peak it handled up to 52 trains a day! Different rail lines competed for service, similar to air travel today. During World War II, with extra trains of military troops passing through, the station hosted an estimated 3,000 passengers each day. However, after World War II, railway travel quickly declined and was replaced by car and air travel as those options became more convenient and affordable to travelers.

With fewer trains came less revenue and the Birmingham Terminal Company, a for-profit business, began deferring building and equipment maintenance. Revenue continued to decline and by 1969, the station was only handling six trains a day. Finally, in June 1969, the Birmingham Terminal Company petitioned to the Alabama Public Service Commission for authority to demolish and remove Terminal Station in order to sell the property for redevelopment. 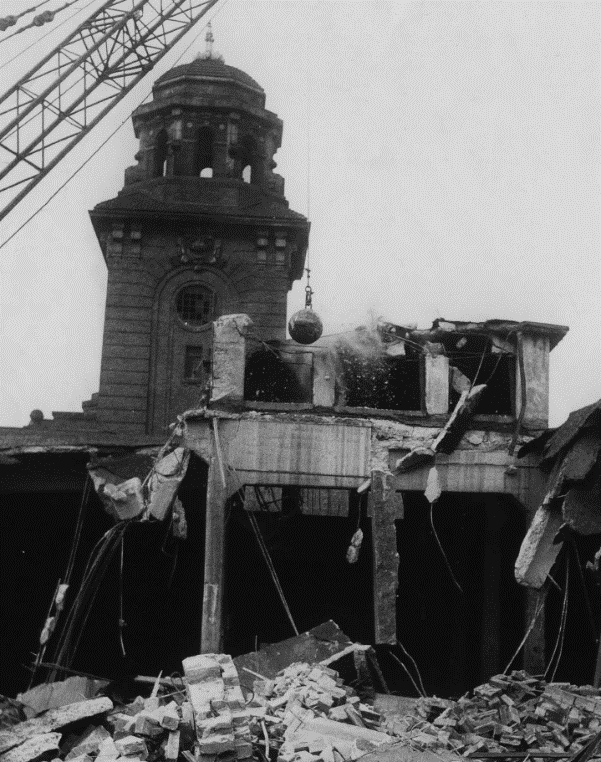 5. The demolition acted as a rallying cry for preserving other historic buildings and landmarks in Birmingham.

Many Birmingham citizens opposed the building’s demolition and advocated through third parties and public hearings for its preservation, but to no avail. The Public Service Commission made the decision to grant the company permission to demolish the station just eighteen days after the petition was filed. Demolition began on September 22, 1969 and was completed by the end of the year.

After the 1969 demolition, concerned citizens increased their efforts to advocate for the preservation of many other Birmingham landmarks and historical buildings. As the destruction of Terminal Station personally impacted many, preservation leaders only had to use it as an example to motivate people to act. Vulcan and the following renovation projects attribute our successful restoration to the support of citizens in the wake of losing their beloved Terminal Station.

So the next time you drive through the 5th Avenue tunnel, consider that you’re actually driving through one of the last remaining legacies of Birmingham’s Terminal Station!

Do you have memories of Birmingham’s Terminal Station? Tell us about it in the comments!

Also, be sure to check out our exhibit Terminal Station: Birmingham’s Great Temple of Travel on display in Vulcan Park and Museum’s Linn-Henley Gallery through December 2019!