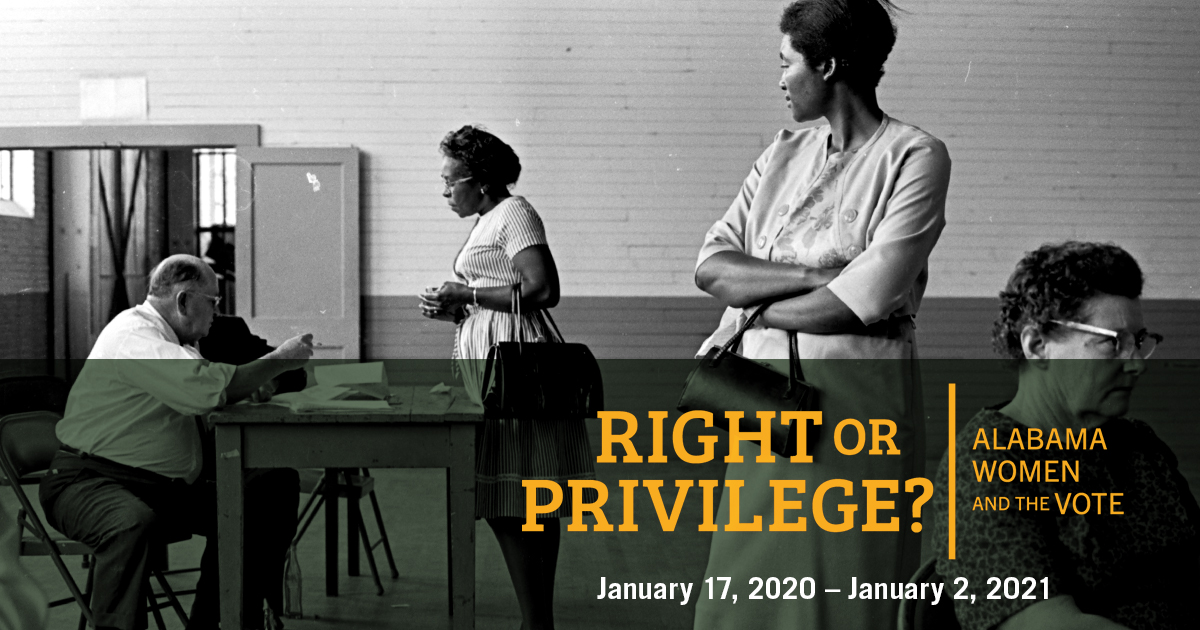 Vulcan Park & Museum joins communities across the nation to commemorate the 2020 centennial anniversary of the ratification of the 19th amendment with its latest exhibit.

Located inside the Linn-Henley Gallery, Right or Privilege? Alabama Women and the Vote, will embark on a journey to tell the story of specific challenges faced by suffragists in Birmingham and analyze the racial issues that caused the suffrage movement to be a primarily white campaign. The topics covered will inspire visitors to tie the challenges of the movement to current events and highlight the various state and local organizations who are working to maintain and establish voting rights for all.

The goal of this exhibit is to shine a light on the suffrage movement as a reminder of those who fought tirelessly to expand voting rights in Alabama and instill in visitors a sense of the value of their vote.

Women officially gained the right to vote with the addition of the 19th Amendment to the U.S. Constitution on August 26, 1920. This marked the end of a three-generation struggle to win the right to vote, for women and the beginning of the fight for women of color to ensure their exercise of voting rights.

As communities across the nation are gearing up to commemorate the 2020 centennial in a variety of ways, Vulcan Park & Museum has partnered with local agencies and organizations to provide programming throughout the year including lectures, a play and film discussion. For a full listing of the events throughout the year, go to visitvulcan.com.

Holiday Hours
Closed Christmas Eve and Christmas Day. Open at 1 p.m. on Thanksgiving and New Year’s Day. Closed at 6 p.m. on the Fourth of July.

*Subject to close for special events and Vulcan Observation Tower may close due to bad weather.