On July 4, the City of Birmingham welcomes all to visit and watch live a breathtaking show in honor of those who have fought for our country’s independence. Those in the Birmingham viewing area can also tune into WBRC Fox 6 for a live stream. 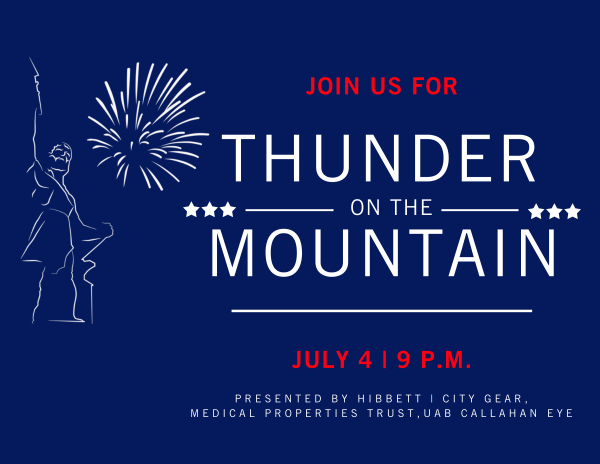 At approximately 9 p.m., the first of more than 2,500 shells and effects will brighten Vulcan and the sky above him. A unique score featuring artists such as James Brown, Imagine Dragons and Neil Diamond plus a special tribute to The World Games 2022 sponsored by Blue Cross Blue Shield will be expertly timed and choreographed to the colorful firework display, making it the biggest show Vulcan has put on to date. There will also be a selection of songs as a tribute to the city.