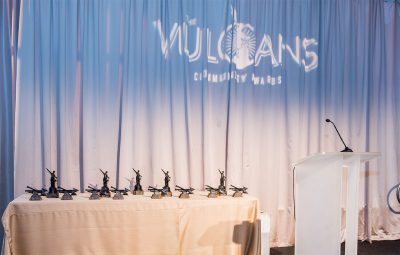 Birmingham, Ala.–  Just as Vulcan has impacted the Birmingham region for 114 years, Vulcan Park and Museum is searching for 13 citizens whose actions are making a great impact for the fifth annual The Vulcans Community Awards.

Now through July 31, community members have the opportunity to nominate people in the Birmingham metropolitan area: Bibb, Blount, Chilton, Jefferson, St. Clair, Shelby and Walker, who work day-in and day-out to affect change, serve, lead or make a difference in the lives of the people, places and organizations that make up this great city!

The Vulcans honors citizens who exemplify civic pride, leadership and progress in five award categories: Lifetime Achievement, Newcomer, Hero, Game Changer and Servant Leadership. Five outstanding citizens will be recognized at the Vulcan level. Only one award will be given for Lifetime Achievement while special Spear awards will be given in the other aforementioned categories.

Nominations are accepted online and will be reviewed by an independent panel. Honorees will receive award notification in mid-August followed with a personal invitation to be honored at the annual dinner on Nov. 1 at The Club in Homewood.

President and CEO of Vulcan Park Foundation Darlene Negrotto said that we are looking for nominees who have inspired, who have overcome challenges, who have made personal sacrifices, who have vision and who serve without hesitation.

“There are so many great things happening in the Birmingham area and there a many people who are making these things happen, but who go unnoticed.  Many citizens do not realize the impact these individuals have on the forward progress of our city and so we established these award five years ago to honor those doing great things,” said Negrotto. “We are turning to the residents and business leaders in our community to enlist your help in nominating your peers so that we can honor them for the work they do, and continue to do, to make the Birmingham metro area a great place for us to live, work, raise our families as well as whose efforts have contributed to the vibrancy of the region.”

From the 2017 nominations, the selection committee chose a tremendous class of recipients:

If you know a person who deserves to be honored for the work they are doing in the Birmingham region or to learn more about The Vulcan Community Awards, visit www.visitvulcan.com.