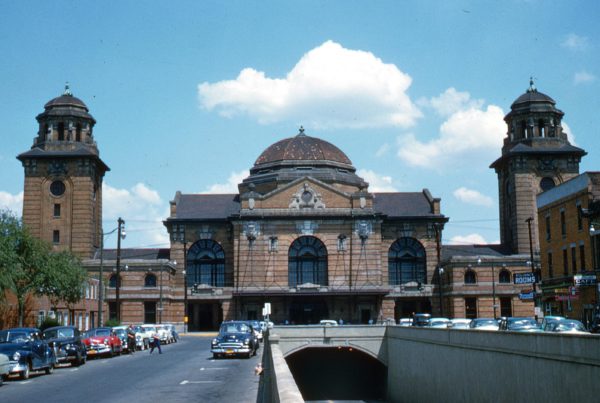 From 1909-1969, Terminal Station stood as an icon of Birmingham’s boom years. “The Great Temple of Travel,” as it was popularly known, welcomed out of town visitors, residents, and immigrants to the Magic City with awe-inspiring grandeur.  By the 1960s, automobiles and airlines were the favored mode of transportation, and the station was obsolete.  It was demolished in 1969, just days after the last train to depart the station made its final farewell.